A collection of trinket-sized projects.

Oneliner-izer is a “compiler” that converts any Python file into a single line of code with the same functionality. Really, just one line! No newlines or semicolons allowed!

Take a look at the interactive demo or the PyCon talk to learn more about how it works.

Play around with simulations of quantum circuits!

Quantum Mechanic simulates and displays quantum circuits using QuTiP, and outputs the behaviour of the resulting n-qubit circuit as a 2n-by-2n unitary matrix. (Naturally, this means you’re not allowed to use very many qubits!)

Built as my final project for Scott Aaronson’s class 6.845: Quantum Complexity Theory in 2014. Report here. See the code on GitHub.

There is no one to call the gods Lord, or to offer praise to the underworld. Why, Lord, don’t you have one of your children descend, and incarnate him on the earth? Do not leave the world empty and the earth uninhabited.

Problem-solving meets philosophy as we explore mind-blowing ideas from the theoretical study of complex systems: computers, minds, and beyond.

Mathematical Insights in Computing was a six-week-long, four-session-per-week class that I designed and taught for MIT ESP’s Junction summer program in 2014. Based on an MIT class I took – 6.045, Automata, Computability, and Complexity – this class synthesized many of my favorite concepts in computer science into a rigorous course for advanced high school students.

For my final project in 6.851: Advanced Data Structures, I implemented a library with several algorithms for producing retroactive data structures using Python. As an example, consider a list datastructure in which we’re allowed to insert or remove operations from the past:

For more information, see the code at GitHub. 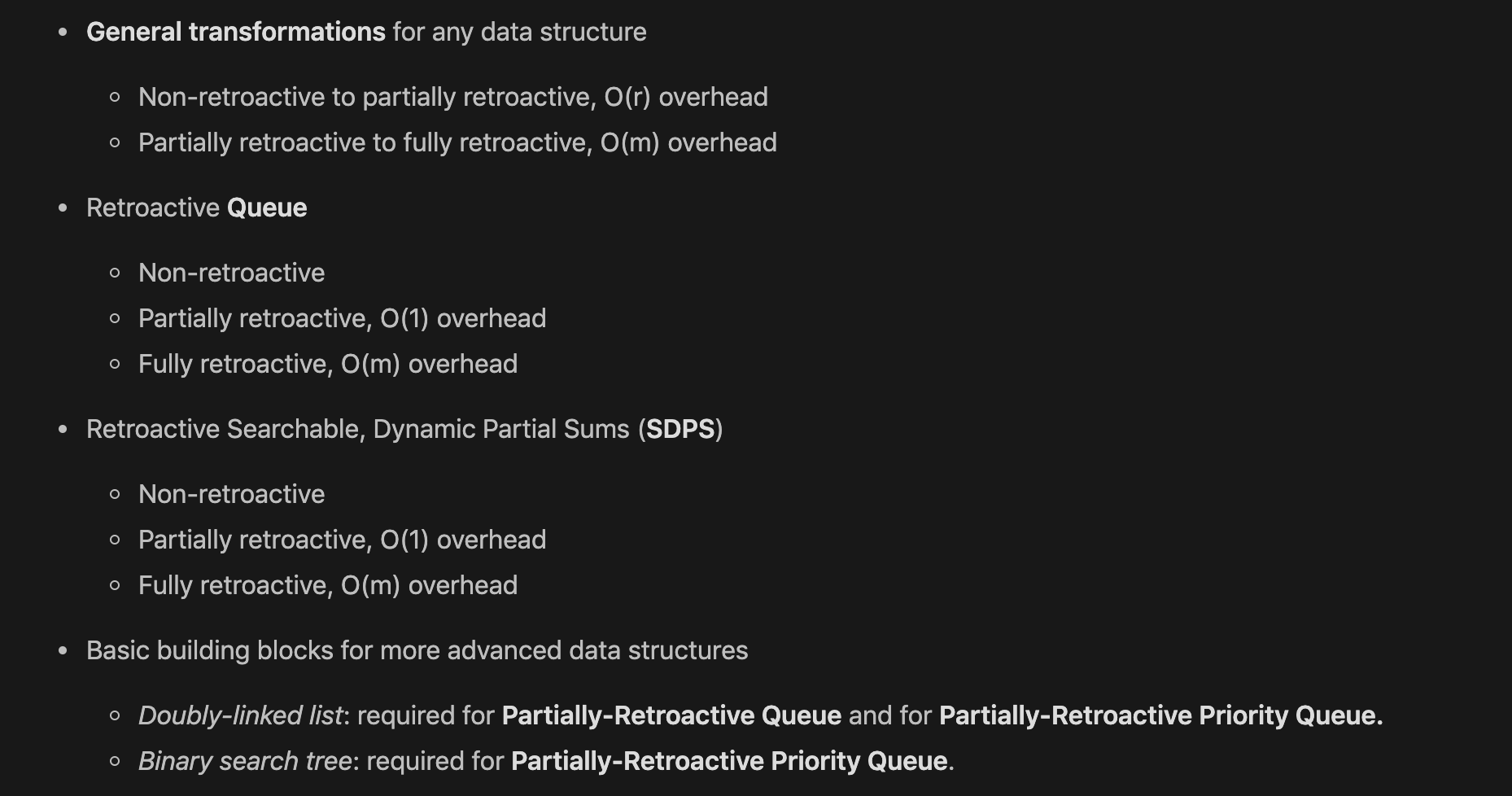 Things Mimicking Other Things is an interactive exploration of animals, camouflage, and mimicry.

It uses Vivagraph.js to draw an interactive, draggable graph. Although the page is static, it is updated from basic data using a Python script whenever I add new entries.

See also its sister project, Tree of Life, which is a simple visual study tool intended for anyone studying systematics from the International Biology Olympiad study guide.

Traceroute is a tool for visually tracing packets through the Internet, from MIT’s servers to any website.

This was inspired by a class I took in spring 2013: our class designed an exhibit about the Internet, Net Works, for the MIT Museum.

The website uses the Django web framework to connect a drag-and-drop frontend UI with a Python backend that extensively represents the logic for chemical reactions. It’s capable of parsing molecules and applying reactions from Unit 1 and Unit 2 of MIT 5.12 (Organic Chemistry I). It uses the OpenBabel chemistry library to render molecules, and can interconvert between its molecule format (Python objects) and SMILES strings.